Getting started with any DAW is a challenge to start with, doing so with limited or no musical theory makes this challenge extra erm..

The following screenshots and descriptions should hopefully do two things:

To do this we are going to draw our first chord and then use Transpose to edit that chord.

New to Reaper and Piano Roll?

We are going to create the C Major Chord as below – in the illustration you will see that ‘key snap’ is engaged. For this tutorial that is not required: 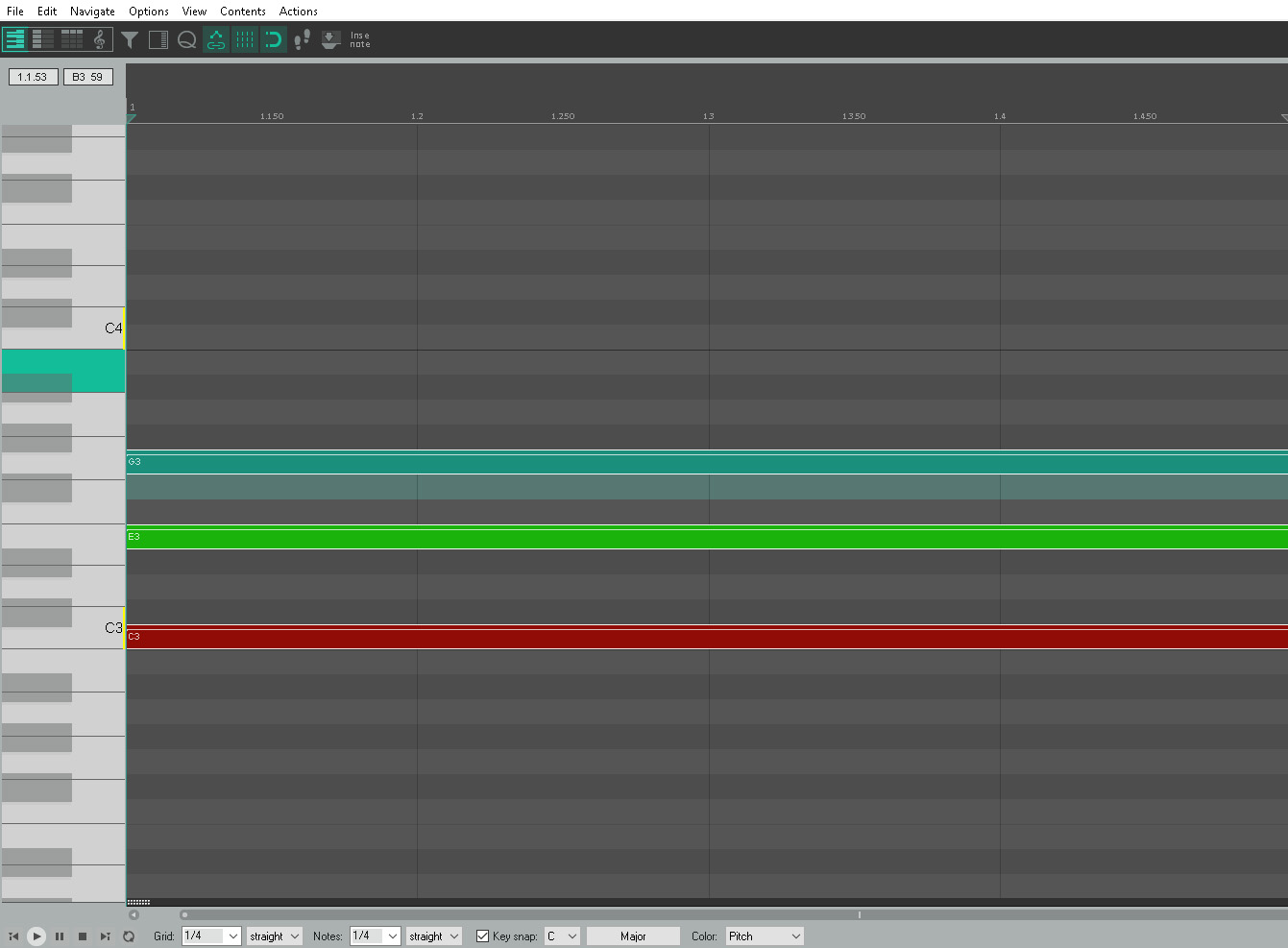 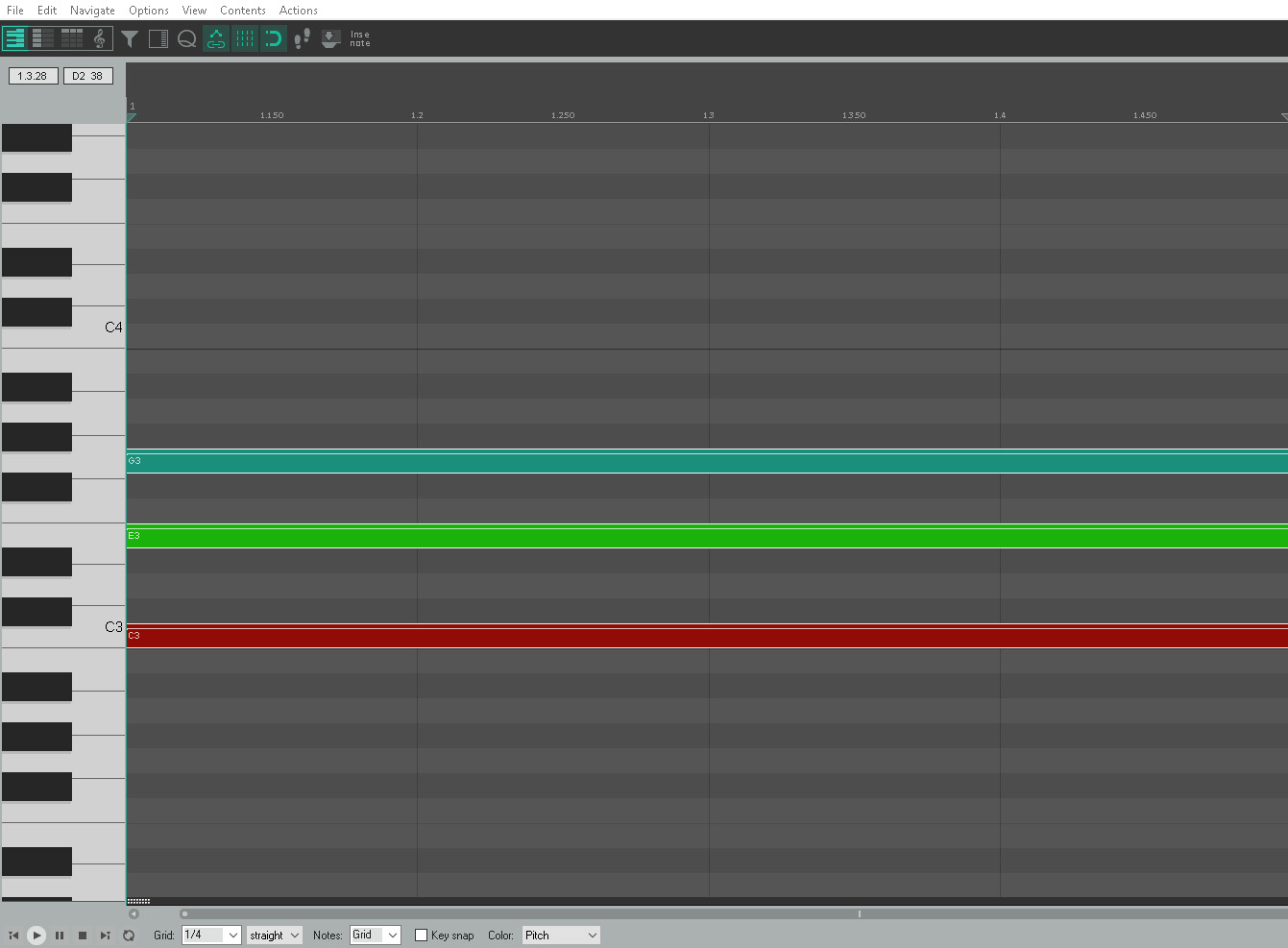 With the chord above entered we can now start to play around with transposing to other chords:

First select all = Ctrl + A and press ‘T’ to open the Transpose pop up. 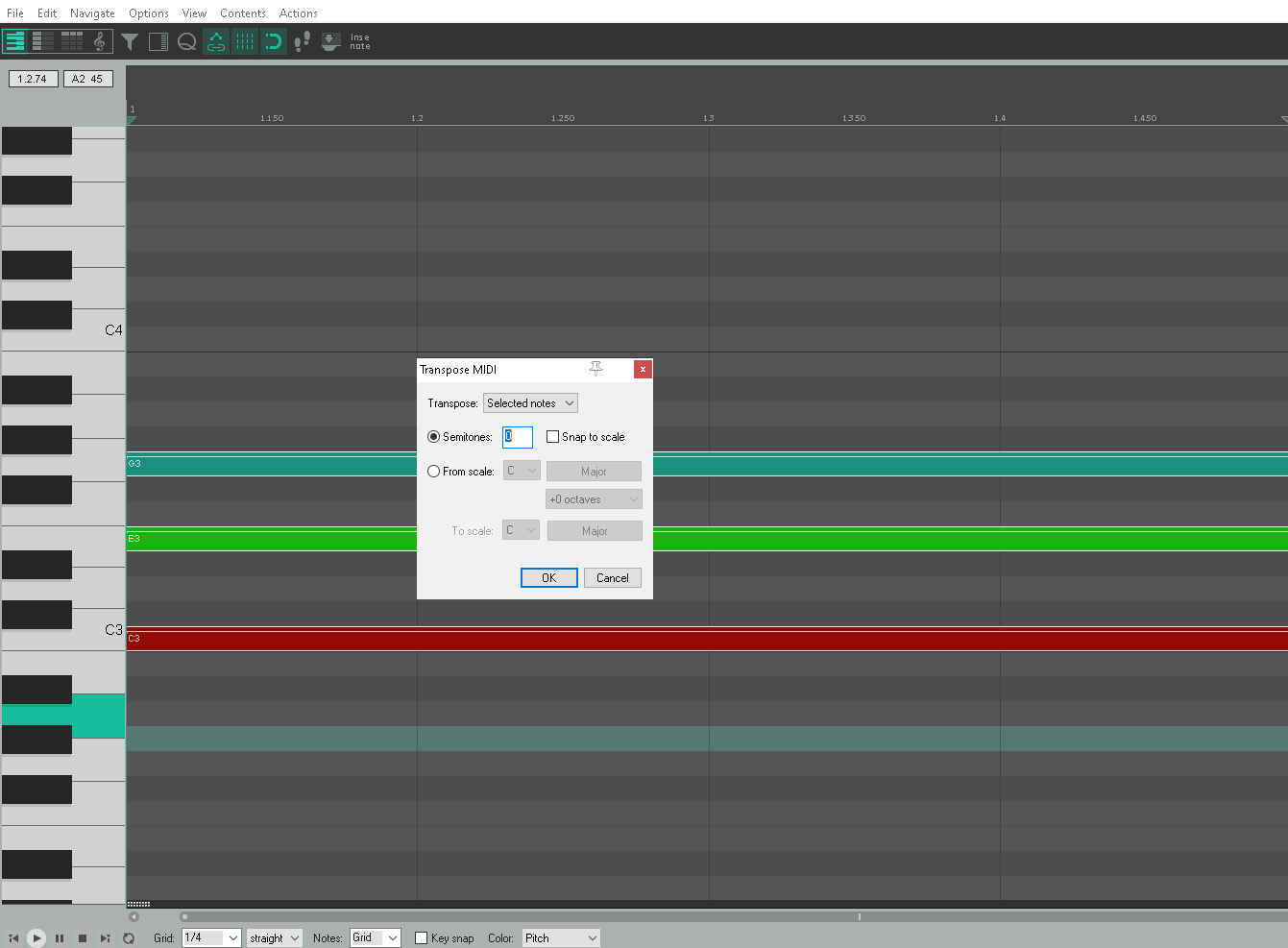 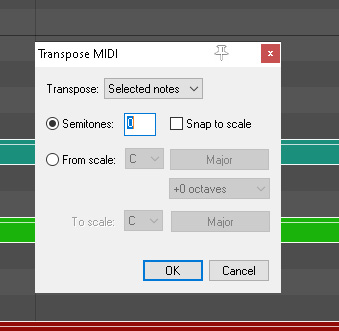 For our purposes we are going to leave ‘semitones’ selected and we are going to tick ‘Snap to scale’ – this will keep our edits in line will the key we want to maintain.

In this case – chords from C Major. 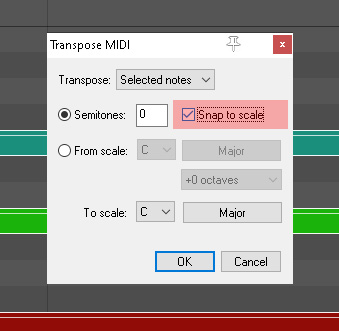 By default it is set to C Major – check that is the case. 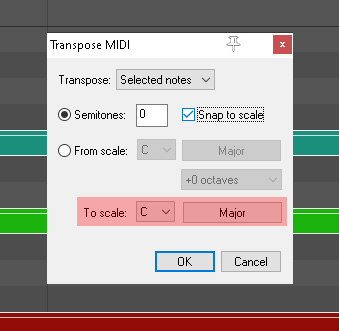 We already have C Major created.

To ‘Transpose’ to a Dm we can do the following.

Type 2 into the box between ‘Semitones’ and Snap to scale – following the settings below this creates a D Minor chord – the 2nd chord in the key of C Major. 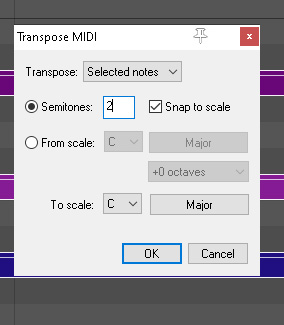 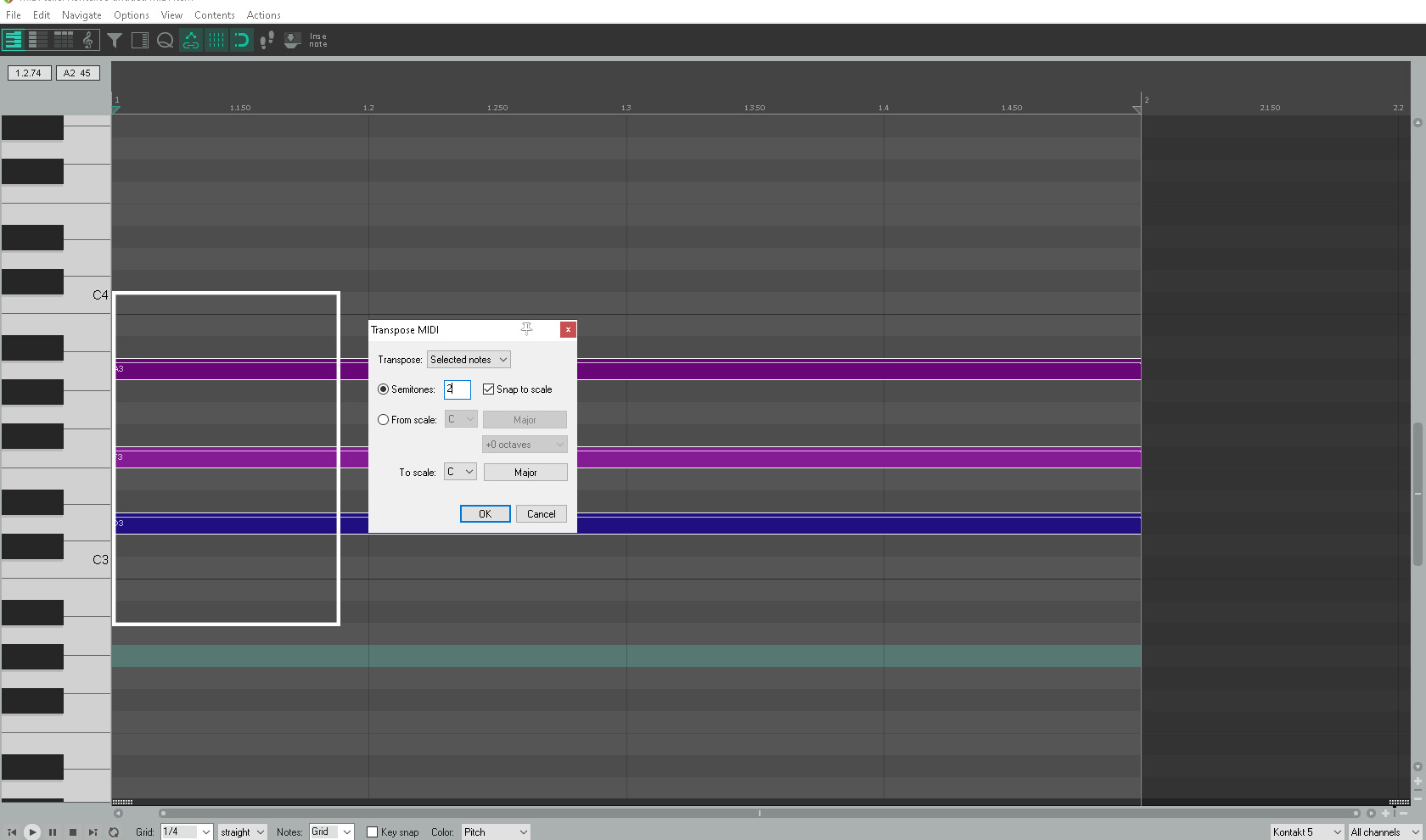 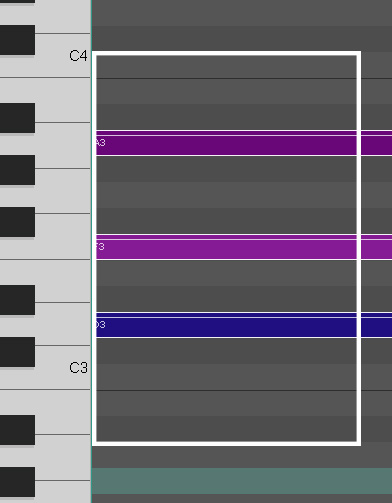 Note: This will only work if you are starting off with a C Major Chord – transposing from any other chord will create different outcomes – this tutorial is for students and/or beginners new to creating chords in Reaper’s piano roll.

To create more chords from th key of C we can use the following numbers. 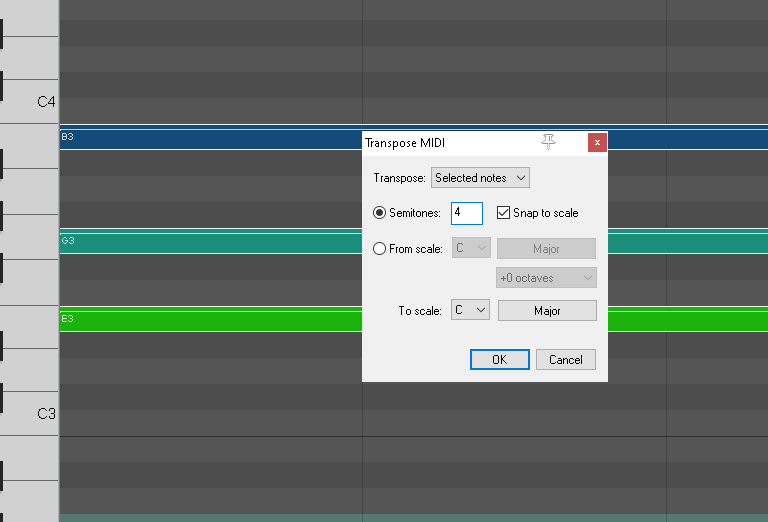 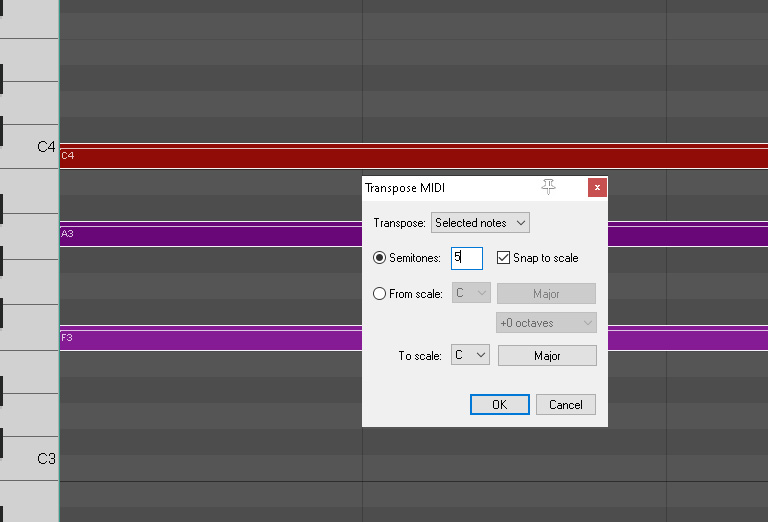 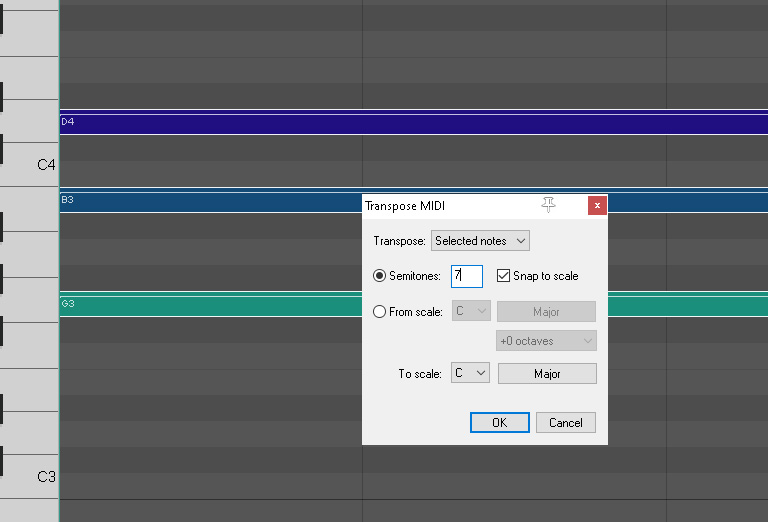 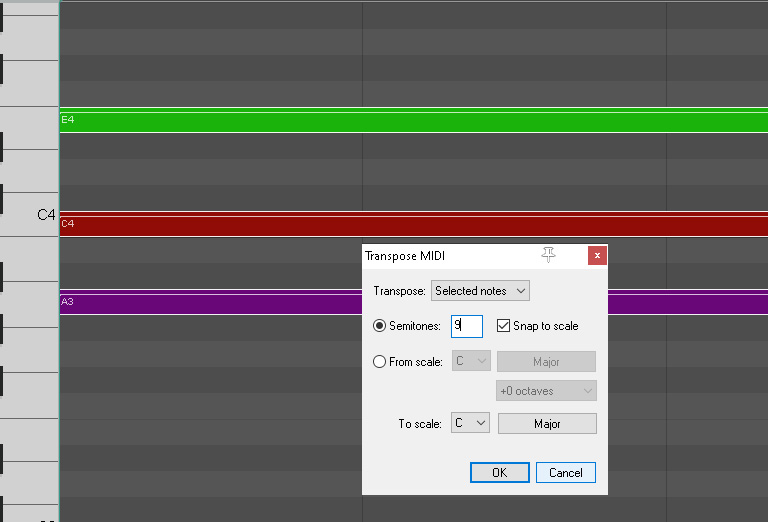 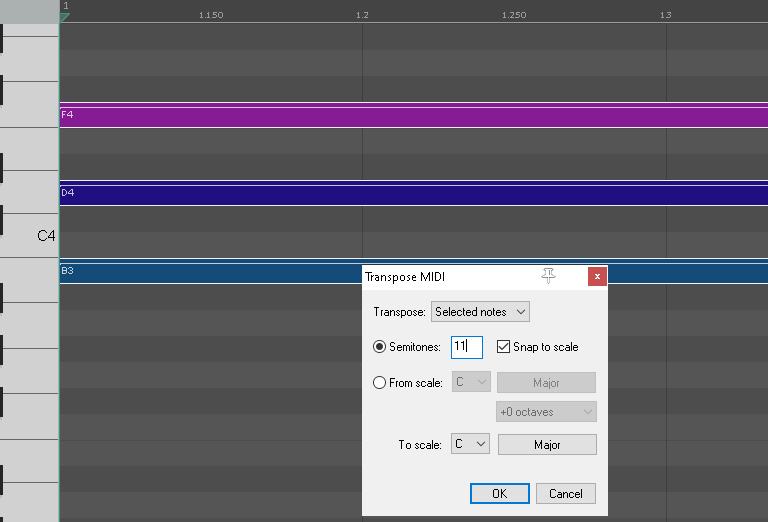 You can do this for any key – but you have to create the first chord:

Also don’t forget to change ‘To scale’ – make sure it is the same. 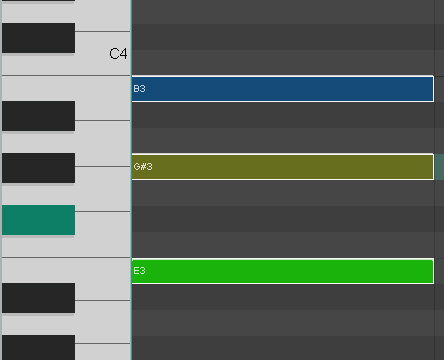 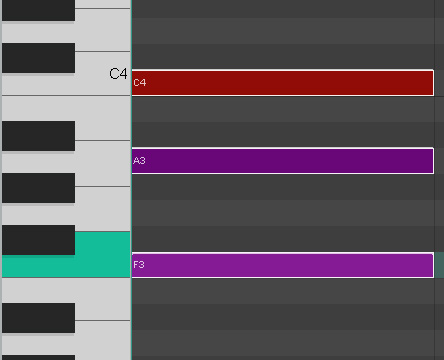 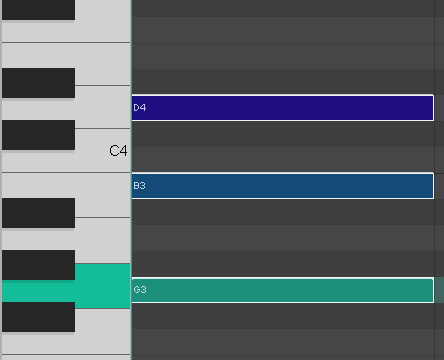 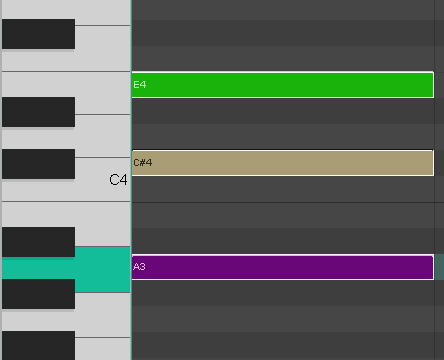 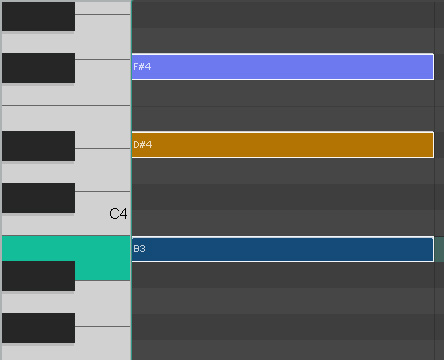