This article is a follow on from a previous article:

Create a C Major Chord following the illustration below:

CTRL + A to select all notes in chord. 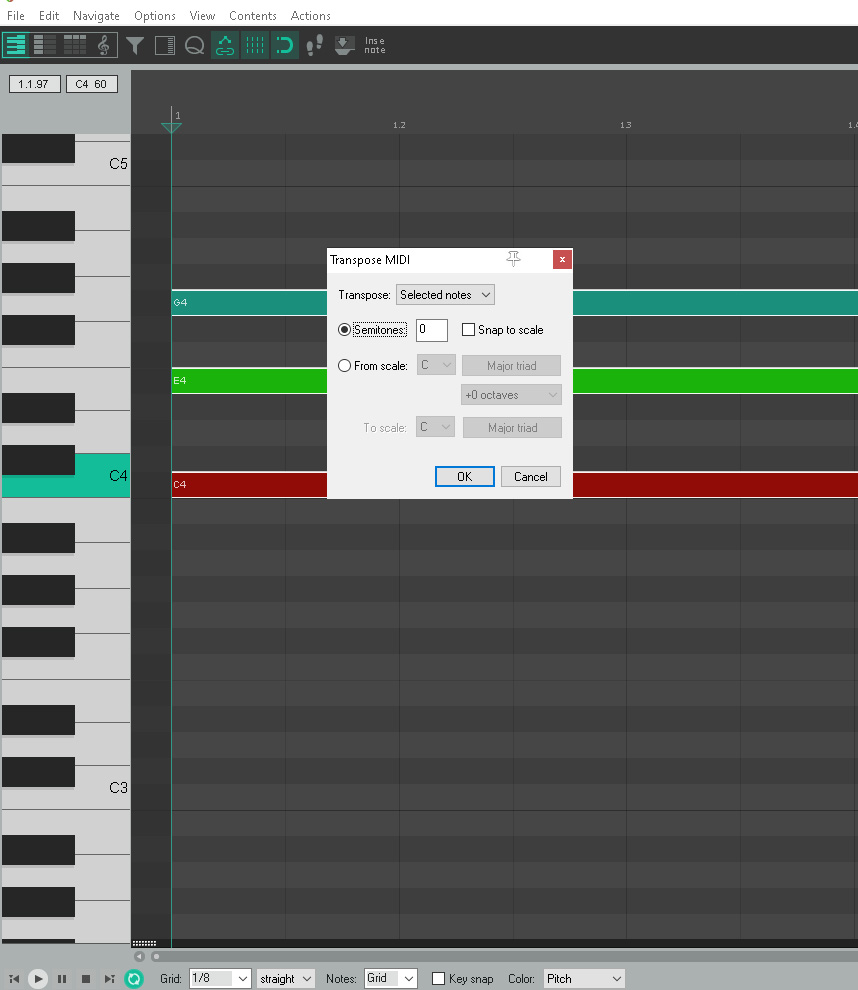 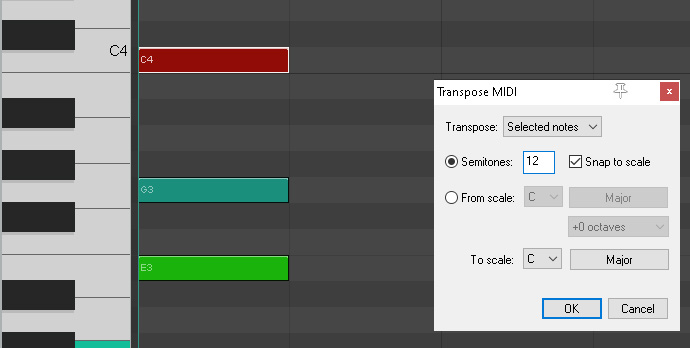 Make sure ‘From Scale’ is the same as your chord. Choose ‘MajorTriad’

You now need to change ‘To Scale’ to the chord you want.

We can now change the root note of our chord: In the example we are using D Major. 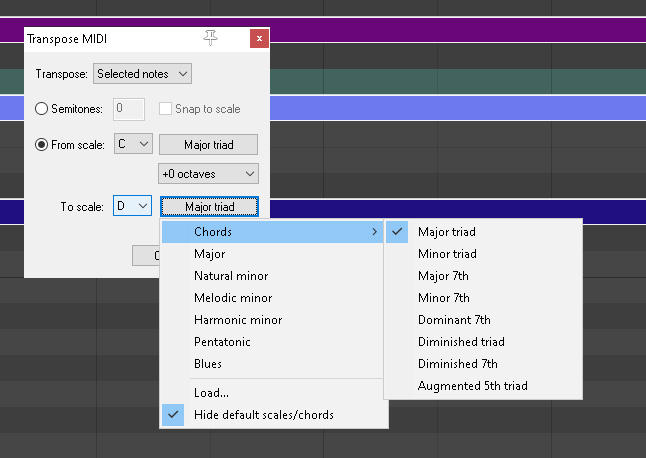 With these settings we will see the D Major Chord transposed from the C Major we created as you can see below if you look to the left. 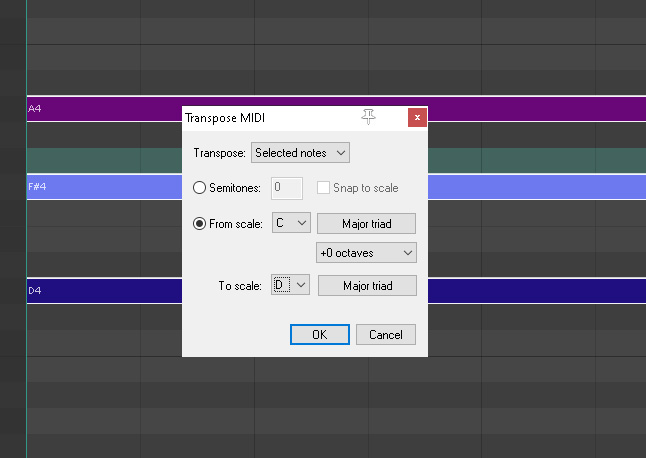 We can also transpose to Minor chords. If you look to the left you will see our chord is now a D Minor chord: 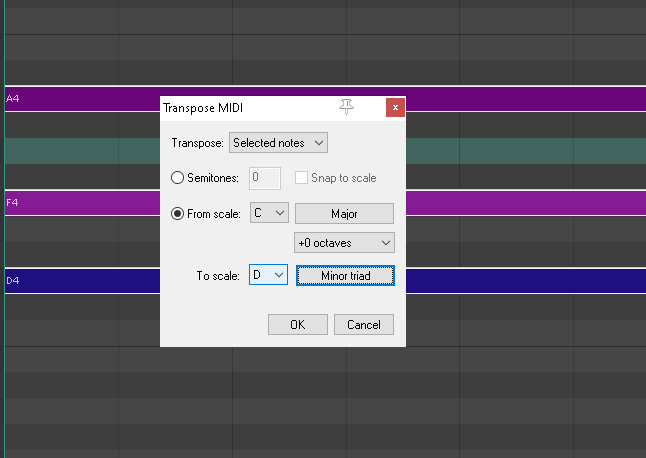