The Key Of C Major – The Basics

The key of C major is the easiest key to get to know.

It also contains links to related articles on this site.

This bit is the easiest bit.

When you look at the clef, you will see no sharps or flats indicated.

This is because the key of C has none. The C Major scale has the following notes: C D E F G A B

The C has the following chords: C Dm Em F G Am Bdim

It’s relative Key is A Minor.

Chords in the Key of C Major 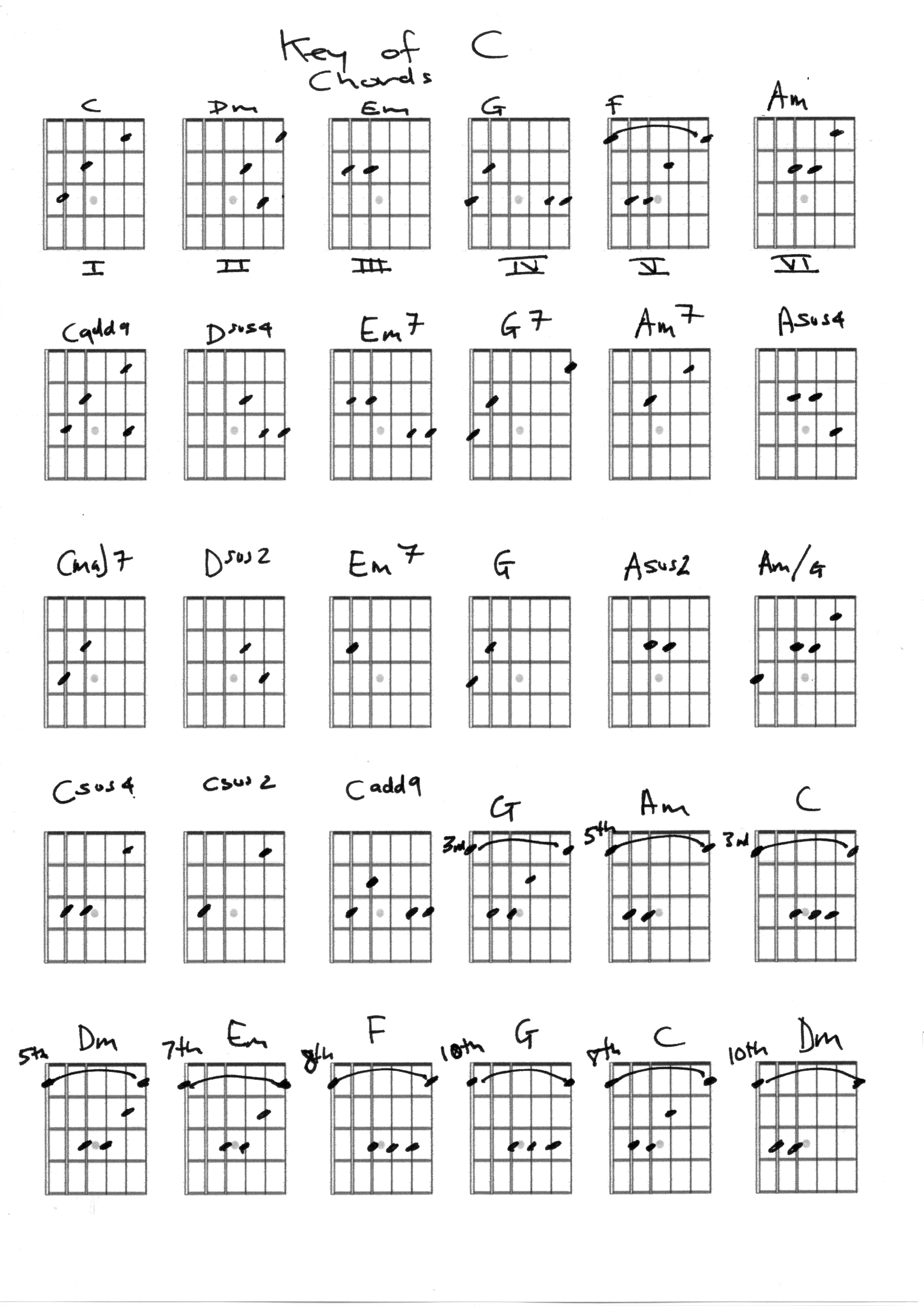